Beyond the cost of lost lives, these overdoses also cost the city financially. It is estimated that emergency room visits, hospitalizations, and medical service calls related to opioid overdoses cost the city $50 million every year.

City officials have decided to try something new to reduce these alarming statistics.

In November 2021, The Big Apple opened the nation’s first supervised safe injection sites. Supporters of these sites, referred to as “Overdose Prevention Centers” (OPCs), hope they will reduce the number of overdose deaths in the city.

What Are Overdose Prevention Centers?

The Overdose Prevention Centers are supervised by New York Harm Reduction Educators and the Washington Heights Corner Project. The two local organizations merged to form OnPoint NYC, which is funded by the city.

The sites are designed to provide “safe places” where people who use drugs have immediate access to social services and medical care.

The safe injection sites are operated by trained staff who can deliver doses of naloxone if an opioid overdose occurs, as well as provide other treatment services.

Supporters of the OPCs are excited to get the facilities open. New York Harm Reduction Educators tweeted, “Being the 1st OPC site in the US is an honor & incredible step forward in ending the #overdosecrisis.”

NYC Health combined the findings of three studies. The findings include that opening just one such facility could save the city $1 million each year, and that the operation of four safe injection sites could save up to 130 people from overdose deaths every year.

The mayor’s office also pointed to other research conducted by the European Monitoring Centre for Drugs and Drug Addiction that found that:

Supervised drug consumption facilities have an overall positive impact on communities where they are located and may contribute to reducing drug-related deaths at city level.

Will the OPCs Cause Harm?

Of course, not everyone agrees that the Overdose Prevention Centers are a good idea.

David Murray, chief scientist at the federal Office of National Drug Control worries that “safe injection sites” may not actually be safe.

People who visit these sites may use fentanyl-laced drugs that are so powerful that naloxone can’t save them. Yes, users may be able to have their drugs tested for fentanyl at the site, but they won’t have to.

So…what if someone dies at the “safe” site? Bronx District Attorney Darcel Clark stated that, “government should not be involved in taking on that type of liability.”

And regarding research abroad, the studies show a decline in syringes in neighborhoods near safe injection sites, but do not support a reduction in crime in the area.

Murray also noted that drug users may visit the sites, but that the OPCs “are not open 24 hours a day. They will continue to inject drugs elsewhere.” He added that the goal should be to help people “build productive lives, not simply to facilitate their addiction. Thus, any safe injection sites should closely monitor the fate of those who use them.” (Which is neither part of the plan nor feasible for the sites.)

Are Safe Injection Sites Even Legal? 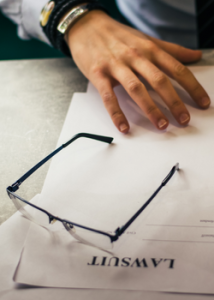 Similar sites have been proposed in other cities but have not received approval. The main issue? Legality. The Federal Controlled Substances Act makes it illegal to “manage or control any place… for the purpose of unlawfully… using controlled substances.”

Yet, New York City will be providing two sites where people will be allowed to gather and legally use illegal drugs.

The city Health Department said they still support the injection sites “despite the risk of criminal prosecution for clients, staff and operators, as well as the risk of loss of licensure of clinical staff and the forfeiture of property for facility operators and landlords.”

Despite these concerns, other states have plans to move forward with their own safe injection sites, with the aim of reducing risk and saving lives. In Rhode Island, the governor has signed legislation to allow these facilities. And California is debating legislation that would give OPCs the green light.

Meanwhile, in Philadelphia, a lawsuit has blocked the opening of a safe injection site, based on violation of the Federal Controlled Substance Act. That case is still pending.

But in New York City, the first two safe injection sites are open. This could mean that other cities soon follow suit.

While Overdose Prevention Centers may decrease the risk of accidental drug overdose, there is no safe level of injection drug use. For information about addiction treatment options for you or a loved one, call 800-838-1752 (Who Answers?) today.

Where do calls go?

Calls to numbers on a specific treatment center listing will be routed to that treatment center. Calls to any general helpline (non-facility specific 1-8XX numbers) could be forwarded to SAMHSA or a verified treatment provider. Calls are routed based on availability and geographic location.